The Bolt Action Sniper is meant for people who already have experience with sniping. If you land one shot, (not the head) it might not kill them. If you have enough experience and land on the head then you will. After shooting one round you will need to reload. 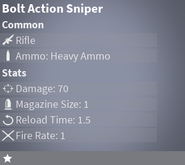 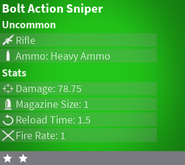 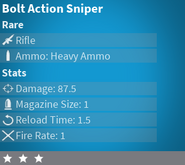 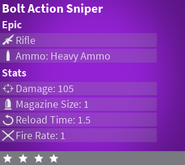 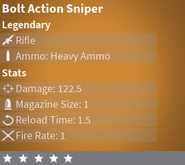 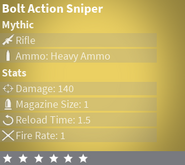 Mythic Bolt Action Sniper's Statistics
Add a photo to this gallery
Retrieved from "https://island-royale.fandom.com/wiki/Bolt_Action_Sniper?oldid=11575"
Community content is available under CC-BY-SA unless otherwise noted.