The Burst Rifle is a weapon belonging to the Assault Family alongside the Tactical Rifle and Assault Rifle. The Burst Rifle fires in a burst of 3 rounds, stops, and repeats again. This gun is not generally favoured in the Island Royale community for its slow fire rate and low damage. 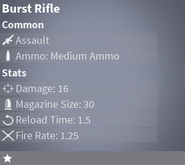 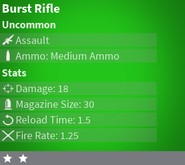 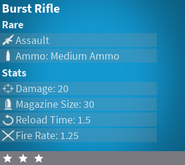 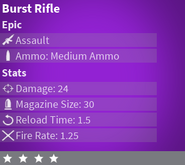 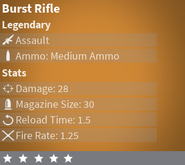 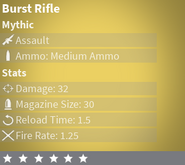 Mythic Burst Rifle's Statistics
Add a photo to this gallery
Retrieved from "https://island-royale.fandom.com/wiki/Burst_Rifle?oldid=11765"
Community content is available under CC-BY-SA unless otherwise noted.