The Minigun is a gun which shoots Medium Ammo at players at an extremely fast rate but deals Low damage. The gun also needs the player to hold the mouse button at the start to warm up. 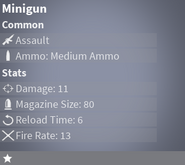 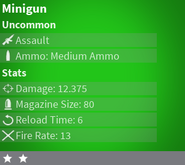 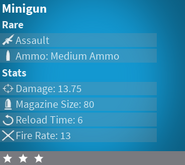 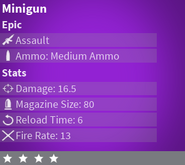 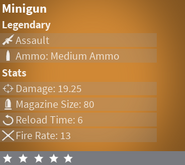 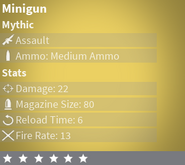 Mythic Minigun's Statistics
Add a photo to this gallery
Retrieved from "https://island-royale.fandom.com/wiki/Minigun?oldid=11340"
Community content is available under CC-BY-SA unless otherwise noted.