The Scoped Rifle is a special one it is the same concept as the Thermal Scoped Rifle. It shoots slowly but when hit it does a good amount of damage. 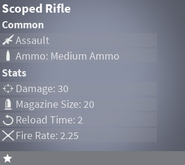 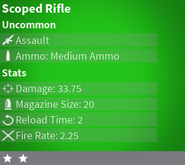 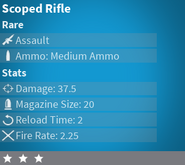 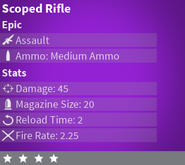 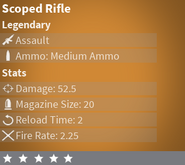 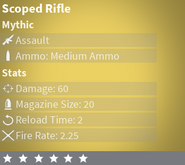 Mythic Scoped Rifle's Statistics
Add a photo to this gallery
Retrieved from "https://island-royale.fandom.com/wiki/Scoped_Rifle?oldid=11820"
Community content is available under CC-BY-SA unless otherwise noted.