The player using the Silenced Pistol needs to spam the mouse button to shoot because holding it will only shoot it once. If you can spam more than 5 cps then this gun is probably very effective for you. To test your cps go here. 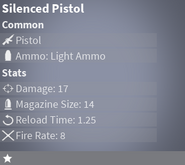 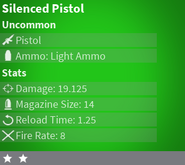 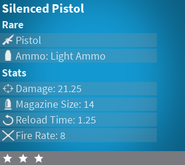 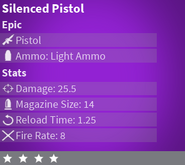 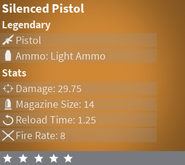 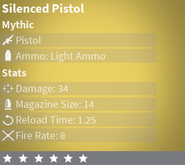 Mythic Silenced Pistol's Statistics
Add a photo to this gallery
Retrieved from "https://island-royale.fandom.com/wiki/Silenced_Pistol?oldid=11549"
Community content is available under CC-BY-SA unless otherwise noted.