This gun resembles a WWI and WWII SMLE (Lee-Enfield) and acts like a sniper, although it has no scope. The gun is a hybrid between a Rifle and a Sniper. 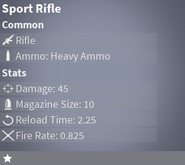 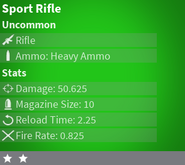 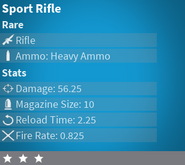 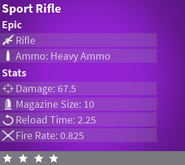 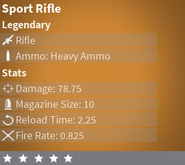 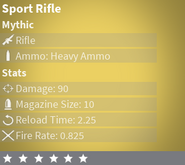 Mythic Sport Rifle's Statistics
Add a photo to this gallery
Retrieved from "https://island-royale.fandom.com/wiki/Sport_Rifle?oldid=12925"
Community content is available under CC-BY-SA unless otherwise noted.